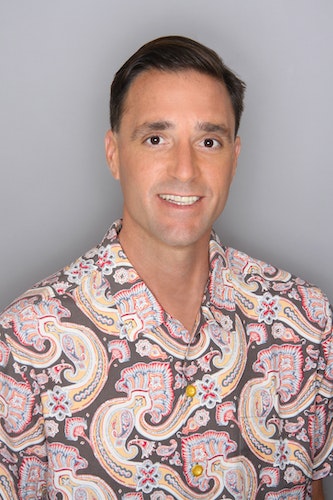 Richard grew up in Los Angeles, California in a family dedicated to the entertainment industry and residential real estate. His late father was a producer and business manager who successfully guided the careers of Andy Griffith, Jim Nabors, Ken Berry, and Frankie Avalon. His mother enjoyed a lucrative career in residential real estate working for Coldwell Banker, Jon Douglas, and her own company Bettina B. Linke and Associates, which specialized in selling luxury homes in the San Fernando Valley. Richard and his wife relocated to Hawaii in 1999 first living on the Big Island and then moving to Oahu in 2002.

Richard Linke has real estate in his genes.  His mother and both aunts were all successful real estate professionals both in California and Hawaii.  It was through their guidance and passion that ultimately launched Richard into the real estate industry in 2012. He finished at the top of his licensing class that year and was recruited by Prudential Locations.  He joined the Coastal Oahu Group that same year in 2012, where he assisted the two-man team in successfully closing in excess of $118 Million in total transaction volume in their first four years. In 2016, he was recognized by Locations Hawaii as the Outstanding Achievement Award recipient in a company with over 200 agents.  His 2016 sales volume also awarded him a spot in their Sapphire Society. Last year (2019) was a personal best for Richard with an overall sales volume of $15 Million and a team volume in excess of $42 Million. Richard’s drive, work ethic, island-wide knowledge, and client first approach have helped him become a well-respected real estate agent in the State of Hawaii.

Richard was married to his wife Nicole in 2006 in Bali. Nicole Linke, also a licensed real estate agent in the State of Hawaii owns and operates a North Shore property management company which services the Kuilima Estates Resort at Turtle Bay. Richard and Nicole have two daughters, a twelve-year-old named Piper, and a 10-year-old named Quinn. Both girls attend Sunset Beach Elementary School and enjoy horseback riding, music, and surfing. Richard's interests include surfing, bodysurfing, skiing, golf, hiking, music, and spending time with his family and friends in Hawaii and California.