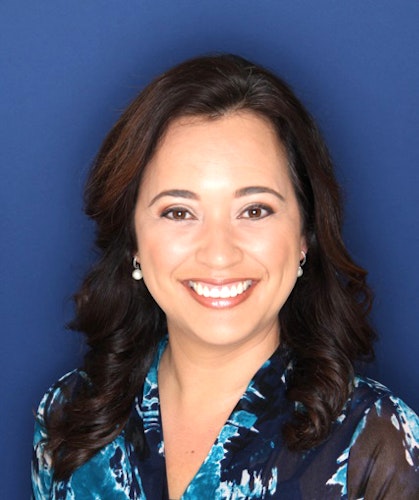 Kai Brown is skilled in both engineering and marketing real estate projects. She graduated from Punahou School and obtained an engineering degree from University of Washington. She is a graduate of the Executive MBA program at the University of Hawaii and was one of the youngest students admitted to the program due to her engineering background.

In 2002, Kai began her career working as both an Engineering Estimator and an Account Executive at Pacific Gas & Electric. She was integral to bringing many large-scale projects to fruition such as being part of the team that redesigned the natural gas pipeline spanning the San Francisco Bay Bridge. She achieved her success by bringing different parties together and overcoming their differences to work toward a common objective.

In 2006, Kai moved back to Hawaii and assisted a family friend whose real estate firm was in crisis due to medical issues. Kai loved the complexity of real estate and how every transaction was totally different. She also loved that she was in a position to guide others through such a life-changing experience like buying or selling a home. She found her passion through real estate and has successfully been doing residential sales ever since.

Since coming to Locations in 2010, she has won various awards such as the President’s Circle honor (top 3% of Prudential agents nation wide), Client Service Awards and has been nominated for the Aloha ‘Aina award (Honolulu Board of Realtors’ People’s Choice) for the past 4 years. Kai has put a focus on delivering a highly positive client experience from beginning to end as can be demonstrated through her client testimonials. Her goal is to have clients for life and building relationships that go well beyond the initial transaction. Her clients -- who have used her for repeated real estate transactions – are evidence of her success at building these relationships.

Kai has also been a leader in the Locations organization volunteering for multiple groups. She is a member of the Locations Foundation Board, a nonprofit organization whose mission is to help Hawaii’s families. She has been a member of YAF for the past four years -- a group of young, experienced agents whose desire is to maintain and perpetuate the Locations family based culture. She also served on the Name Change Steering Committee while Locations was going through a crucial brand name change.

In 2015, as part of the Keauhou Place sales team, Kai was able to demonstrate her abilities in project sales by booking 28 escrows including 10 reserve housing units all while maintaining her general brokerage business which had over $9 million dollars in sales for the year. Through this experience, she has done extensive research and developed an expertise in the Kaka’ako neighborhood include the resale market as well as new projects. In addition, she has worked extensively to educate other realtors and prospective buyers about the benefits of reserved housing. She has helped to host 6 reserve housing seminars including one specifically for Locations management and another for Locations Partners.

Currently, Kai is the Sales Manager for Ke Kilohana at Ward Village.  Kai and her team of 10 agents presented 44 workshops with 2200 attendees which was instrumental in changing the public’s perception of reserved housing. Through this outreach her team was able to contract 375 units in 5 days far  surpassing the team’s original  goal. She  also  collaborated and implemented a never before utilized  automated contract workflow process that enabled signing of 375 contracts in a short period of time which enhanced the Buyer’s experience and saved man-­?hours. Finally, she reached brokers and buyers unable to attend reserved housing workshops by scripting and recording an online workshop. Through  these experiences, she has done extensive research and developed an expertise in the Kaka’ako neighborhood including the resale market as well as new projects.

University of Hawaii.  Graduated with Executive MBA Degree in August 2002

University of Washington.  Graduated with B.S. in Forest Engineering in December 1998