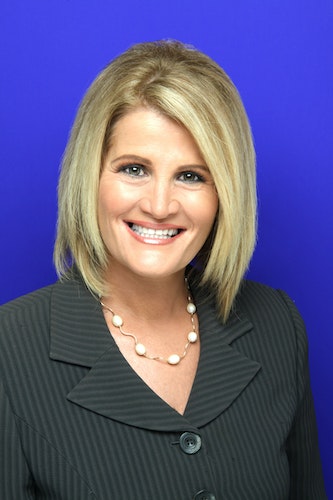 View my Living808 Interview on Listing Homes in 2019

“Local Style…Global Reach” Donna specializes in helping her Sellers create the most value for their properties. By analyzing and understanding the current real estate market, she knows exactly how to present each property to realize its fullest monetary value. She and her team put their expertise to work for you from day one and work assiduously through to the close of your escrow. And, as Donna tells her clients when their escrow ends—“You are now part of my family and I am ALWAYS here for you.” When representing Buyers, Donna’s long time reputation help her Buyers be the winning bidders in this very competitive market! It is critical in this challenging market that buyers work with Realtors who have impeccable reputations. Donna’s proficiency with risk reduction, negotiating and market knowledge coupled with her commitment and dedication to her clients provides them with extraordinary service. “Her intrepid work ethic and unwavering support for her clients has made her one of the most sought after Realtors in Hawaii and we are very excited to have her join our Luxury Locations team,” says Executive Vice President of Sales, Scott Higashi. With over $150,000,000.00 of residential real estate sales on Oahu, Donna knows best how help you see your real estate desires come to fruition.

Donna has been a Realtor-Associate since 1991.While at Coldwell Banker, Donna was consistently recognized as a member of the President’s Circle, an honor bestowed only to producers in the top seven percent of sales associates throughout North America. Donna was also honored by her fellow colleagues and received the Agent’s Agent Award. Donna received the Previews Property Specialist designation which is only awarded to the top 5 percent of sales associates. In addition, Donna was honored as a member of the Cambridge Who’s Who in 2006. She was named “Rookie of the Year” and honored as a member of the Million Dollar Club in her first year in the business. In her first year at Locations she received the President's Circle Award 2011, Top 3% of Prudential Agents Nationwide. Donna also received the Client Service Award many years in a row; recognized for demonstrating superior customer service and the prestigious Newcomer of the Year 2011. In 2012-2014 Donna was nominated for the Aloha ‘Aina award, selected top realtor in Honolulu Magazine’s Homebuyers Guide and received the President’s Circle Award in 2012-2015. Most recently in 2015 Donna was honored to receive the Platinum Award – and was among the top 1% of real estate agents on Oahu.

Raised in New York and California, Donna graduated with a BA from San Diego State University and Special Education degree from UCLA. Donna moved to Oahu in 1986 with the intention of staying six months…she never left! Her experiences also include: teaching, working as an interior designer, and mentoring newer agents in the real estate industry.

Donna specializes in maximizing VALUE for her SELLERS, which helps them achieve their HIGHEST NET profit from selling properties in their real estate portfolio.

Donna helps her BUYERS achieve their goals in purchasing properties.  Donna's impeccable reputation assures her BUYERS that their offers will be well received and respected by other agent throughout the State.  This helps her BUYERS win in a very competitive market.

Helping Seniors from soup to nuts.  Downsizing from a long time home is a big move; Donna helps seniors to best decide what is the BEST avenue for them.   Her team of De-clutterers, Handymen, Contractors, Attorneys, and Doctors together with the representatives of all the Senior Care Facilities help make this move as compassionate and caring as possible.

Sandwich Generation:
Those who are sandwiched in-between helping their parents and still are responsible for their children.  What are their future plans?  Empty nesters...WHERE DO WE GO and WHEN DO WE MAKE THE CHANGE

2006-Present Who's Who Cambridge